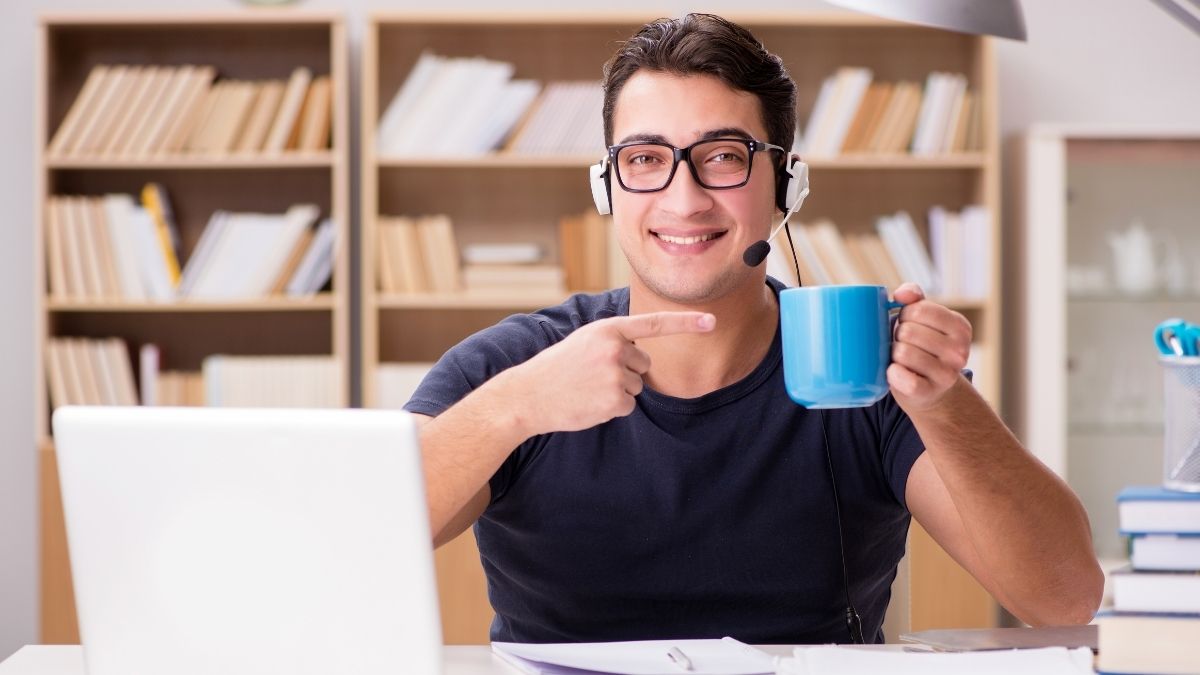 As it turns out, there are indeed merits to drinking coffee before an exam. Specifically, it improves your retention skills and concentration. But of course, it’s not always a good idea, depending on your situation.

If that’s not a good enough answer for you, rest assured, as this article covers several points that may or may not help answer your question. Let’s start with what you’re probably most curious about.

1. Coffee Can Improve Your Retention Skills

One of the main reasons people tend to drink coffee before an exam is that they believe it can improve their ability to retain information. And quite frankly, such an assumption is understandable.

Fortunately, that assumption seems to have some truth in it, especially when a study was conducted in 2014 by the researchers at Johns Hopkins University to test this particular hypothesis.

In this study, the researchers divided the participants into two groups: those given 200-milligrams caffeine tablets and those given placebo tablets. Before they took the tablets, they were first shown a series of images. After 24 hours, both groups are shown yet another series of images that are similar to the previous images. The test is to determine how much information each group could retain.

As one might imagine, those who were administered the caffeine tablets were able to retain more of the information regarding the images than those who only took a placebo.

According to Dr. Michael Yassa, one of the researchers in that particular study, the stimulant enhanced the subjects’ ability to recognize items similar to what they saw 24 hours ago. This tells us two things:

Judging from this fact alone, one may argue that drinking coffee before an exam is indeed helpful, but there are other things you must know. For example, improved retention isn’t the only effect of coffee.

2. Coffee Can Also Improve Your Concentration

People tend to believe that improving retention skills is the only way coffee can help with exams, but that’s not true. Your performance on exams may also have to do with your ability to concentrate on your studies.

And yes, coffee can indeed improve your concentration. In fact, this is an even more plausible claim than the “coffee improves retention skills” hypothesis, as there are more studies that point towards this possibility. To conclude, not only can coffee consumption improve your retention skills, but it may also maximize your concentration, and these are two things you need to perform satisfactorily in an exam.

But before you start incorporating these effects into coffee, you must remember that coffee as a whole is not responsible for these effects. Rather, it’s the beverage’s main component—caffeine.

A regular cup of coffee (200 grams) generally consists of up to 80 milligrams of caffeine. To put it into perspective, that’s only 0.04% of the entire beverage. Be that as it may, caffeine is responsible for most of the things you experience upon coffee consumption, be it good or bad. So, how does it work?

To begin with, for those who don’t know, caffeine is a stimulant, meaning it’s a substance that makes your nervous system more active. Caffeine, in particular, boosts your brain’s production of dopamine.

Dopamine is a type of neurotransmitter that’s involved in many functions in the brain. Specifically, studies have shown that dopamine enhances your ability to pay attention and concentrate on certain things.

Hence, by drinking coffee, you’re effectively improving your concentration and focus, which can be handy during exams. But remember, the effects are not instantaneous by any means.

4. It Takes A While For The Effects To Kick In

People tend to make the mistake of drinking coffee right before an exam. But it’s worth noting that it takes a while for the effects of caffeine to kick in as the stimulant needs to travel to your bloodstream first.

So, how long does it take for the effects to kick in?

While the values may vary from person to person, studies show that it usually takes around 10 minutes after drinking a cup of coffee before you can feel or notice its effects.

Furthermore, the effects will reach their peak approximately 45 minutes after chugging the beverage.

In short, if you want to drink coffee for the sole purpose of performing well on your exams, the best time would be 30 to 45 minutes before the exam, as you’re likely to reach peak performance at that point.

5. Caffeine Can Last For Up To 10 Hours In Your Body

Much like any other substance, caffeine can only last for a finite amount of time in the body.

Again, the values may vary according to your tolerance and metabolism. But the general consensus is that the caffeine levels in your bloodstream halves roughly six hours after consumption.

After ten hours, the substance is completely cleared out from your body. Take note, however, that certain activities may contribute to a faster metabolization time. Examples include the following:

Performing these activities usually helps with flushing the caffeine out of your system. These can be particularly handy if you unintentionally exceed your caffeine limit. And yes, there’s always a limit.

6. There’s A Limit To How Much You Should Drink

As always, too much of anything can be bad, and that’s particularly true when it comes to drinking coffee before your exams. Although the threshold may vary according to metabolism and tolerance, a general rule of thumb is that one mustn’t consume more than 400 milligrams of caffeine in one day.

To put it into perspective, it takes five cups of coffee to reach that amount of caffeine. Once you hit this threshold, there’s a good chance you’ll experience a few adverse effects that may interfere with your exam.

7. Drinking Coffee Before An Exam Have Some Downsides

As helpful as it may be to your exams, you must remember that too much coffee can do more harm to you than good. Below are some examples of what these harmful effects might be.

These are just a few examples of what you experience after drinking too much coffee before your exam.

Therefore, if you think your body isn’t very good at metabolizing caffeine, it’s advisable to try out other beverages with relatively lower caffeine levels.

8. Coffee Is Not The Only Beverage With These Effects

People often associate coffee with caffeine, but coffee isn’t the only beverage or food that contains this substance. In fact, there are hundreds, if not thousands, of other food with similar effects.

Here are some examples of such beverages and foods:

Granted, the effects of caffeine are more pronounced with coffee, but these should still prove to be useful for your exams, especially if you want to take a nice and restful sleep afterward.

Although drinking coffee might seem like a good idea, in theory, that’s not always the case. So, before you drink coffee for your exam, you must first take your situation into consideration. But of course, if you’ve been drinking coffee during your study sessions and there haven’t been any issues, then there shouldn’t be any problem if you continue doing so. Just make sure you don’t exceed your threshold.