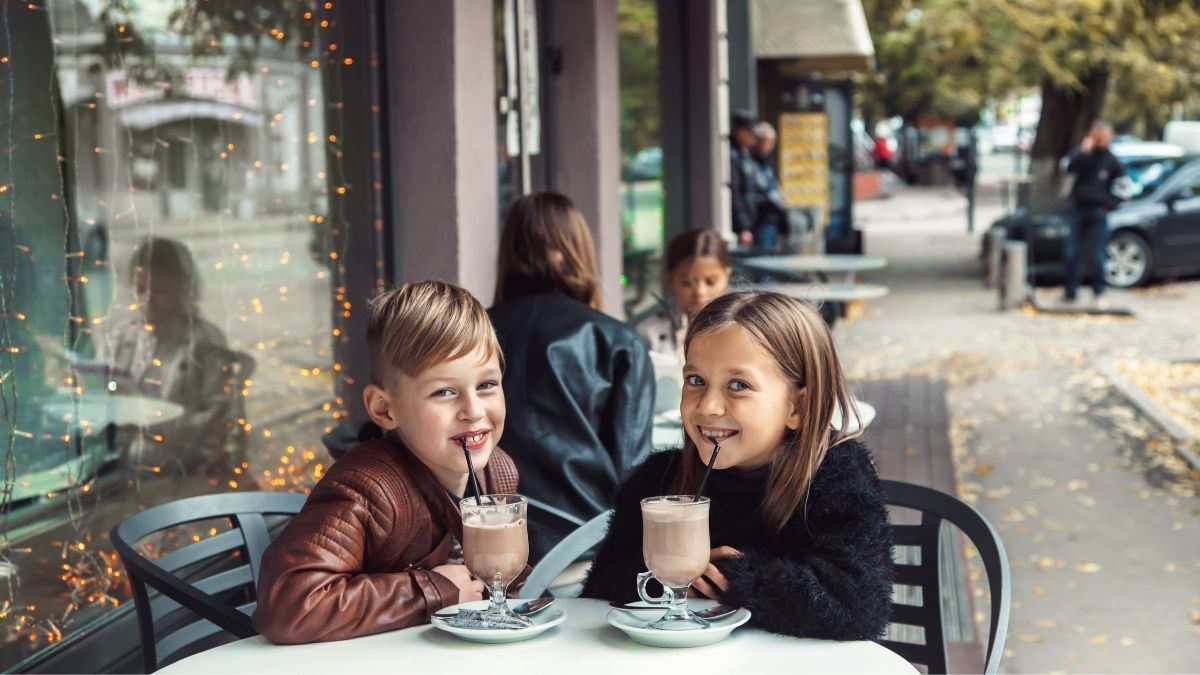 It has long been established that regular coffee isn’t fit for children’s consumption. This is mainly because caffeine, the main component of coffee, is likely to have adverse effects on a child’s underdeveloped system. However, it might be a different story if we’re talking about decaf coffee—a type of coffee known for its almost non-existent caffeine content. So, can children drink decaf coffee?

While it does have the least amount of caffeine among the different types of coffee, it’s still not advisable to let your children drink decaf coffee. However, a few sips of the beverage should be fine.

1. Children Can Only Take A Small Amount Of Caffeine

To put it into perspective, 45 milligrams is equivalent to half a cup of coffee. Therefore, children should only consume half a cup to two cups of coffee per day. Of course, this would depend on the type of coffee.

But wait, isn’t decaf coffee free of caffeine? you may ask. Unfortunately, that’s not entirely true. While decaf is literally named “decaffeinated” coffee, there’s still some amount of caffeine in this type of beverage.

2. Decaf Is Not Entirely Caffeine-Free

Decaffeination only removes at least 97% of the caffeine content of coffee beans. So, if a regular cup of coffee contains roughly 95 milligrams of caffeine, a cup of decaf coffee may only have 2 milligrams.

So, shouldn’t that be a low enough amount of caffeine for kids?

While 2 milligrams is generally the average caffeine content of decaf coffee, there aren’t any strict guidelines that state how coffee brands should manufacture their products. For that reason, the amount of caffeine in decaf coffee may vary from brand to brand, with some exceeding 10 milligrams.

Therefore, it’s not advisable to let children drink decaf coffee. Otherwise, it may cause several side effects.

3. Coffee May Cause Several Side Effects

The effects of coffee may vary from person to person, but the following are the most common side effects.

Coffee is a stimulant, and one of the most obvious effects of stimulants is that they make it hard for people to fall asleep. One study even found that coffee can throw off the timing of your body clock.

While it can be useful for adults who want to stay awake during their shifts, children under the age of 12 must sleep for at least 10 hours every night. Moreover, if a child exceeds their limit, they may display abnormal sleeping behavior, such as moving unconsciously, waking up every few minutes, and more.

Although caffeine is known for boosting one’s concentration, it may have the opposite effect on children.

Since kids have absurd amounts of excess energy, drinking coffee further increases their energy reserve. This, in turn, makes it incredibly difficult for them to focus or concentrate on a specific object or activity.

One of the main components of coffee is chlorogenic acid—a type of acid believed to have the ability to suppress appetite and control hunger. It might be ideal for those who want to lose weight; it isn’t suitable for children as kids should eat as it may affect their body’s development and growth.

On top of its reputation as a stimulant, caffeine is also known as a mild diuretic. For those who don’t know, a diuretic is any substance that increases urine production. In other words, it promotes urination.

While there shouldn’t be a problem with ingesting small amounts of a diuretic, too much of it may result in excessive water loss, which in turn can cause dehydration. Children are particularly susceptible to this effect.

Coffee is also known to be acidic, and as you may already know, acids can damage enamel—the thin layer that protects your teeth from external threats. Since children are more susceptible to cavities than adults, a damaged enamel can be devastating to their oral health. On the bright side, it should be possible to make coffee less acidic.

Children have the tendency to like sweet foods and beverages. Since coffee typically has a strong taste, there’s a good chance they may add milk and sugar to their cup of coffee.

These ingredients can drastically increase a kid’s calorie intake, putting them at risk of weight gain.

A recent study has also shown that coffee can potentially reduce calcium absorption. Since children require calcium for bone growth and development, this side effect is particularly devastating to kids.

Apart from the aforementioned issues, decaf coffee may also lead to the following effects:

Fortunately, caffeine overdose rarely causes permanent damage to kids. Nevertheless, it’d be best if you refrain from allowing your children to drink decaf coffee, or any type of coffee, for that matter.

4. Caffeine Is Present In Foods And Beverages Other Than Decaf Coffee

People often forget that caffeine can be found naturally or artificially in foods and beverages other than decaf coffee. Since that’s the case, it’s advisable to check the ingredients of everything you feed to your children. Below are some examples of foods and beverages that contain caffeine:

There are also those that secretly contain caffeine, such as:

It’s fairly evident when someone is experiencing caffeine overdose.

Below is a list of symptoms that a kid may display upon coffee consumption:

With this, it should be easy to determine if your child is currently experiencing caffeine overdose. If so, you should contact a doctor immediately. In the meantime, you can try to flush out the caffeine from your kid.

6. You Can Flush Out Caffeine From A Kid’s System

Yes, there are several ways to flush out caffeine from one’s body. These include:

Fortunately, decaf coffee only consists of minimal amounts of caffeine, so it’s relatively easy to flush out the caffeine from your children’s system. Hopefully, this unpleasant experience will serve as a reminder for your kid to avoid drinking too much coffee in the future.

Alternatives To Decaf Coffee For Children

If your kid can’t help but be fascinated with the taste of coffee, it can be difficult to discourage them from trying to try out the beverage. If that’s the case, you can instead let them drink these coffee substitutes:

Much like coffee beans, you can ground, roast, brew, and turn chicory root into a beverage similar to coffee. It has a very similar taste but is entirely caffeine-free. Moreover, it’s rich in insulin, which is an essential hormone for kids. Chicory root is also known for promoting a healthy gut.

Matcha is one type of green tea that results from grinding, drying, and steaming the leaves of a Camellia sinensis plant. This beverage is rich in antioxidants and can imitate the taste of coffee.

Golden milk is a beverage that includes ginger, cinnamon, black pepper, and other invigorating spices. The end result of this combination typically ends up having a strong taste like coffee.

It’s worth noting that certain individuals have a higher tolerance for caffeine. That would explain why some children can handle coffee better than adults. Nevertheless, the risks for side effects are still there, so it’s generally not a good idea to let your kids drink decaf coffee.

If you do plan on letting them drink coffee, make sure you limit their intake. You can also try adding salt to the beverage if your kids don’t want their coffee to have its inherent bitter taste.