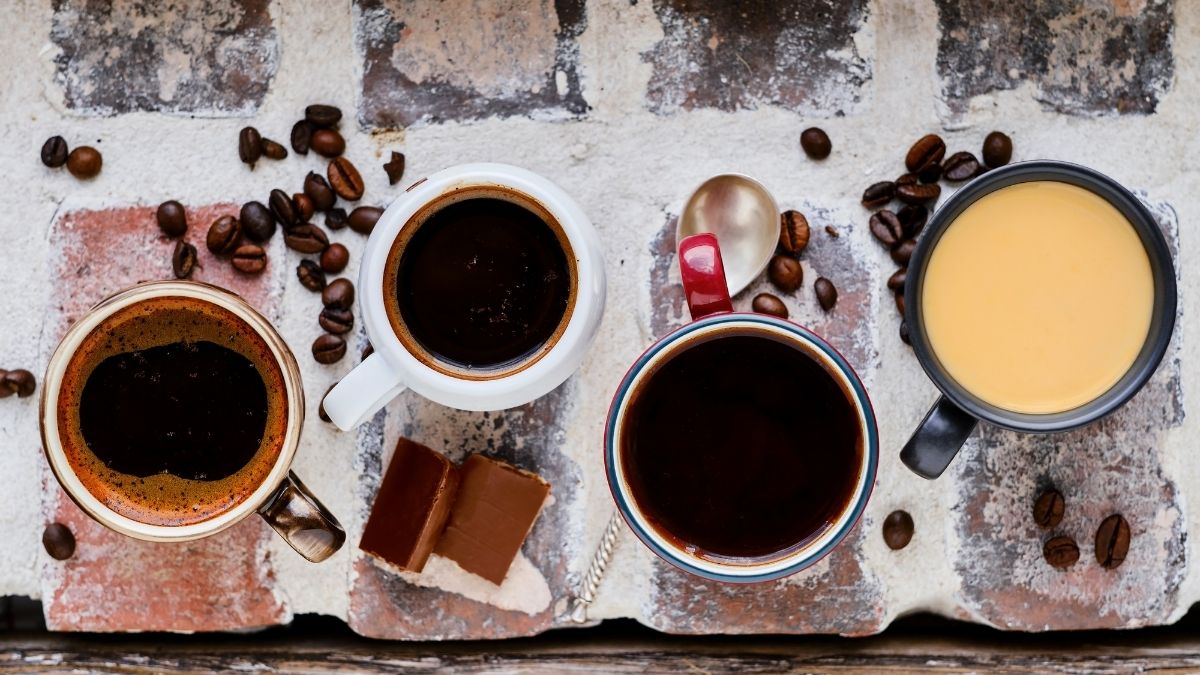 While the concept of coffee itself is straightforward, many people nowadays use terminologies that may seem confusing at times. Among these, the term “normal coffee” might be the most confusing, especially since other people have different standards when it comes to normal. For that reason, there’s an ongoing debate on whether black coffee is different from normal coffee and what the differences may be.

As it turns out, black coffee and normal coffee are not one and the same, as one consists of only water and coffee beans, while the other may consist of other ingredients like sugar and additives.

Or at least that’s the short answer, but the idea is a bit more complex. If that still doesn’t fully answer your question, the following sections should clarify what separates one from the other.

Once you include any additive into the beverage, it becomes normal coffee. The idea behind this is that additives may take away the natural aroma and flavor of the coffee, which is precisely what sets it apart from other beverages.

Here’s a list of additives that you can find in a normal coffee:

As you may expect, there are several varieties of coffee, some of the most popular ones being mocha, espresso, americano, and cappuccino. So, what does this have to do with normal and black coffee?

Well, for starters, many people believe that some varieties can be black or normal coffee, depending on how you make them, but that’s not the case. These varieties already belong to one of two categories: (1) normal coffee or (2) black coffee. Cappuccino, for example, is one variety of normal coffee as its unique feature is the presence of steamed milk, which, as you may already know, is an example of a coffee additive.

Once you take away the steamed milk from a cappuccino, you can no longer call it the same way, as it would then become an espresso, yet another variety. There are many other examples, and this section will cover some of the most popular ones, starting with black coffee.

If you’d rather go for normal coffee, the following varieties should be worth looking into:

Despite the only difference being the absence of additives, research shows that black coffee is generally more acidic than its normal or white counterpart. What leads to this conclusion. you might ask?

To start with, acidity can be measured using pH levels. A pH of 7 means it’s neither acidic nor alkaline, but rather, it’s neutral. Those with a pH of less than 7 are considered acidic, while higher is alkaline.

For that reason, studies have come to the conclusion that black coffee is generally more acidic than a cup of coffee that consists of milk as it bumps up the low pH levels of the beverage simply by being present.

Of course, one must remember that being acidic is not necessarily a bad thing, although it may be for those who are suffering from acid reflux or similar problems. If so, the following tips might be of some help:

Arabica beans inherently have lower acid content than most coffee beans, like Robusta, for example. Therefore, by using these coffee beans, you can effectively reduce the pH level of your black coffee.

Most of the acids in coffee beans are lost during the roasting process. That’s precisely why dark roasts tend to be the least acidic form of coffee. In that regard, consider roasting your beans longer than usual.

Make Sure The Grind Size Is Just Right

When brewing coffee, a general rule of thumb is that the coarser the grind size, the higher the acidity. For that reason, it might be best to choose fine coffee beans to minimize the acidity.

Brew The Coffee In Cold Water

While brewing in hot water is the most common method of making coffee, brewing in cold water is most definitely a worthwhile option as it can drastically reduce the acidity of your black coffee.

These molecules can potentially damage your cells, which is why it’s essential that you supply your body with antioxidants to fight against these harmful molecules. That might be one of the main reasons why coffee is such a popular beverage; it’s a rich source of antioxidants. But what does this have to do with black coffee?

Well, research shows that black coffee typically contains a higher amount of antioxidants than its normal counterpart. While there’s not yet an explicit explanation, experts believe it might be due to milk.

A lot of people don’t know the difference between black coffee and normal coffee, and most people don’t bother to. So the fact that you put effort into looking it up is quite commendable.

With this, it should be apparent that there’s more to the two varieties than one may think. Black coffee not only has a different composition, but it may also have a different nutritional value. But most importantly, black coffee and normal coffee may have different flavors and aromas. And if you want to enjoy your coffee more, it’d be best if you choose the type that suits your taste best.