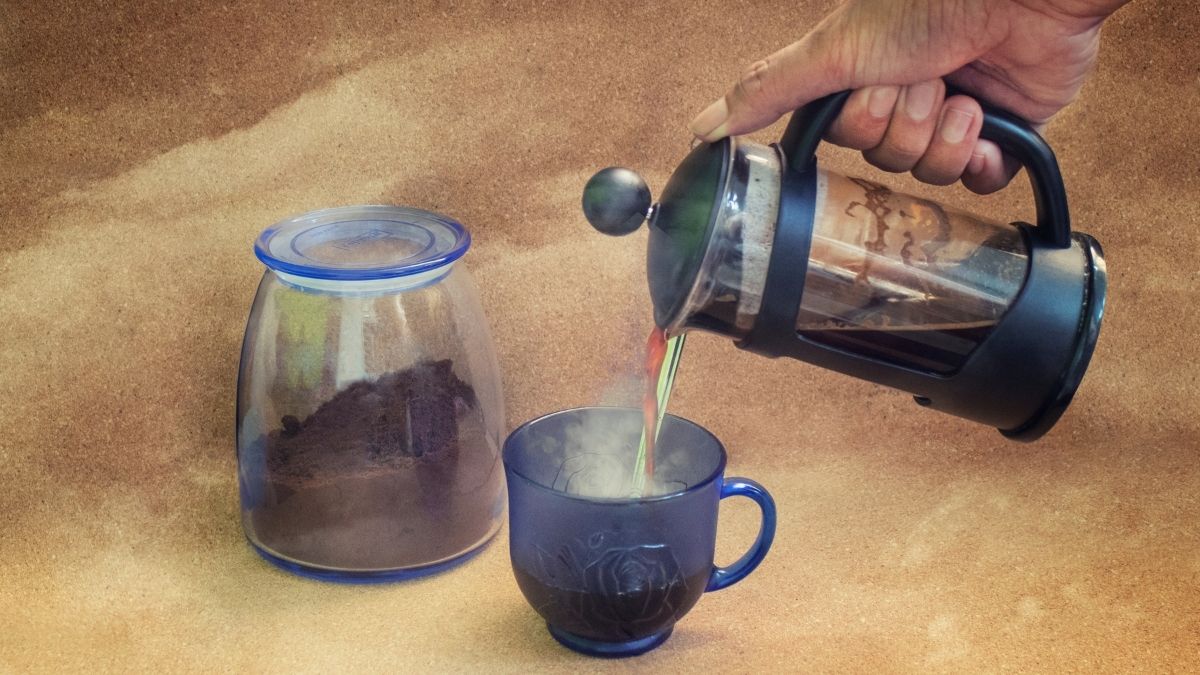 If you’ve ever been on a shopping trip to buy a new coffee maker, you’re probably aware that plastic coffee makers are typically more affordable than those made of other materials, such as stainless steel or glass. This would explain why the plastic variety is the most sought-after type of coffee maker on the market. However, one must remember that there’s a risk that comes with buying these types of products.

Plastic coffee makers are generally harmful. But since coffee makers now vary vastly in design and structure, and BPA-free plastics are now a thing, there’s a chance they may not be entirely hazardous.

So, how does one determine if a particular coffee maker is safe or not? This article will cover three things you should look out for when you’re out shopping for an affordable plastic coffee maker.

3 Things You Should Look Out For

Not all plastic coffee makers are unsafe, but those that are unsafe usually have similar characteristics, and that’s precisely what you should look out for. These characteristics include the following:

When you first look at a coffee maker, you can pretty much guess whether it’s safe or not based on its exterior parts. For example, if the device has a plastic handle, you’d assume it’s made entirely of plastic.

However, that’s often not the case.

Coffee makers can have plastic exterior components, while the interior parts are made of entirely different materials, like glass, stainless steel, or other metals. These products should be safe to use.

This is because plastic only becomes hazardous when it comes in contact with hot liquids.

To explain further, plastics consist of numerous chemicals, some of which aren’t tightly bound to the material. Therefore, when they come in contact with hot liquids, they tend to leach away from the plastic and move over to the liquid. The end result would then be a hot coffee with lots of chemicals in it.

In other words, a coffee maker doesn’t have to be 100% plastic-free.

It can still have plastic components, as long as these parts don’t come in contact with the coffee. This may include the handle, lid, outer shell, control buttons, and other exterior components.

This doesn’t necessarily mean they’re safe since they may have plastic interior components.

To conclude, as a general rule of thumb, you must make sure the internal parts like the filter basket and heating chamber are plastic-free in order to say that the device is 100% safe.

As you may already know, there are two types of coffee makers: (1) manual and (2) automatic.

As the name implies, a manual coffee maker requires the user to do something to the machine, such as pumping a lever, in order to generate the pressure it needs to brew the coffee.

The main appeal of this is that you have a high level of control over the end result.

On the other hand, an automatic coffee machine will do the grinding, extraction, and brewing with one touch of a button. In short, it’s all about convenience, time efficiency, and ease of use.

However, there is one more thing that the majority of consumers don’t know about this type of coffee machine—it’s almost impossible to find an automatic coffee maker that isn’t made of plastic.

That would explain why consumers tend to struggle to choose between a manual or automatic coffee maker despite the obvious charm of the latter. On the one hand, you can brew coffee very conveniently, and on the other, you can drink your cup of joe without worrying about the consequences.

That’s also why experts suggest looking for manual coffee makers if you want to prioritize safety.

3. Chemicals Other Than BPA

Bisphenol A, more commonly known as BPA, is the chemical that causes the most concern in plastic products. That’s why people immediately assume plastic is unsafe when it contains BPA.

Unfortunately, in the same way, people assume that a plastic product is safe as long as there isn’t BPA on its label. However, that’s a misconception about plastic goods and BPA that people should fix.

In reality, there are chemicals other than BPA that may have the same effect as BPA.

These chemicals may fall into two categories: phthalates and bisphenols:

For this reason, if you want to look for safe plastic coffee makers, you might want to check the label for chemicals other than BPA that may cause the same effect as this infamous chemical.

What Are The Dangers Of BPA Exposure?

While it’s true that excessive exposure to BPA is indeed harmful, not many people can enumerate the effects it may cause to the body. In that regard, here’s a closer look at what BPA exposure may cause:

Because of this, it’s only natural for people to be wary of products containing BPA. Fortunately, the plastic industry has come up with a way to go around this issue, and that is by producing BPA-free plastics.

So, if you want to look for a safe plastic coffee maker, you should look for those that are BPA-free.

BPA-free essentially means the plastic doesn’t make use of Bisphenol A in its construction.

Hence, it’s advisable that you look for BPA-free coffee makers. Unfortunately, experts warn consumers that some brands that claim their products to be BPA-free may not be telling the truth.

Similarly, some coffee makers may not use the BPA-free label even if they don’t use BPA for its construction or manufacturing. So, how does one distinguish a BPA-free coffee maker from those that are not?

Below are some pointers to help you out:

With the aforementioned tips, it should be fairly easy to find a BPA-free coffee maker for your purposes. But if you’re in a rush to get one now, here are some recommendations:

Despite the dangers of plastic coffee makers, many consumers still insist on purchasing these products, which is quite understandable. After all, they’re cheap and perform better than even the luxury versions of coffee machines. However, if you have money to spare, it might be best to look for those made of stainless steel and other materials. If not, then you’d better make sure the coffee machine is BPA-free.