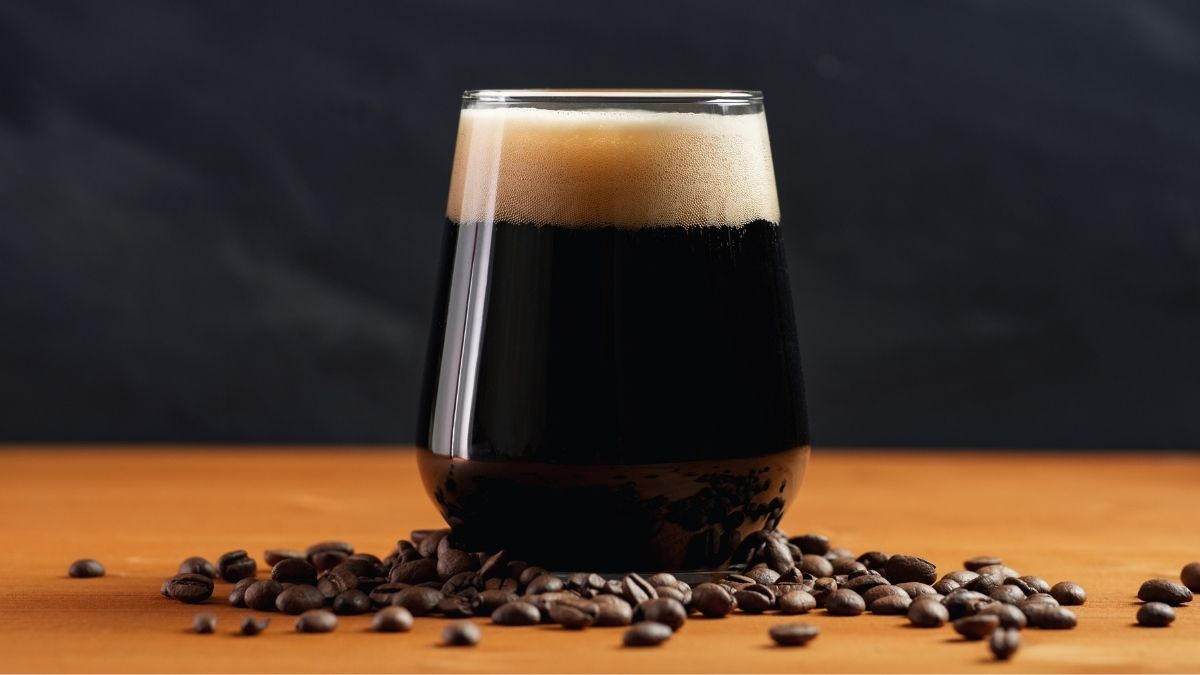 Coffee has always been a beverage that works well with all sorts of ingredients, such as milk, honey, and cream. That’s precisely why people tend to get overly creative when brewing coffee, going as far as adding ingredients that you’d typically find in dishes like egg yolk.s As a matter of fact, recently, coffee lovers have been taking an interest in a rather unique form of their favorite drink—coffee beer!

As the name implies, coffee beer is essentially a combination of beer and coffee, effectively creating a new beverage with a completely different flavor profile from the two drinks.

Coffee beer is an incredibly unique concept, so if you want to delve deeper into this topic, there are a lot more things you have to learn. With that said, this guide will explain everything there is to know about coffee beers. Let’s start by looking at a brief overview of this fascinating beverage.

A Brief Overview Of Coffee Beer

As mentioned earlier, coffee beer is basically beer and coffee combined together on top of many other ingredients that you’d usually find in either drink. That’s the simplest definition of coffee beer.

But keep in mind that coffee beer is by no means a recent or new idea. In actuality, coffee beers have been around since the 1990s. More specifically, it came to existence when a beer brewing company known as Dogfish Head created a version of the beer that uses chicory. This gave the beverage a coffee-like flavor, effectively giving birth to the first coffee beer in the industry.

Due to the positive response from that particular product, they made yet another variation of their product named Beer For Breakfast. Rather than using coffee-like ingredients, they used actual coffee this time.

Unfortunately, it didn’t gain as much traction, which is why many people tend to assume that coffee beer is a recent concept when in fact, it’s been around for a few decades.

Do Coffee And Beer Work Together?

Yes! That’s because these two aren’t very different from one another, and here’s why:

These are the reasons why coffee and beer work together.

How Much Caffeine Does Coffee Beer Have?

Many coffee lovers drink coffee mainly for its caffeine, so it’s understandable why one would ask this question. While coffee beers indeed contain caffeine, it only has meager amounts of it.

This is because many brewers tend to use a higher ratio of beer rather than coffee. After all, coffee beers aim to provide the aroma and undertones of coffee, not to give you the coffee fix for your day. So, how low, exactly, is the caffeine content in coffee beer?

To put it into perspective, a glass of coffee beer tends to have caffeine equal to a sip of brewed coffee. This means a cup of joe typically contains more caffeine than an entire six-pack of coffee beer.

What Does ABV Mean In Coffee Beer?

When you purchase coffee beer, or any form of beer, for that matter, you’ll notice the abbreviation ABV on its label. This stands for alcohol by volume, which is essentially the alcohol content or strength of a beer.

In short, the higher the ABV, the more alcohol it contains.

For your reference, 4% to 5% ABV is considered average, while 7% to 8% is strong. Those with an ABV of over 12% fall under the same category as wine in terms of strength. A 12% ABV also means the average Joe would get drunk after three to four 12-ounce bottles or cans.

10 Coffee Beers You Should Try

If you’ve decided that making a coffee beer by yourself isn’t something you can do or afford to do, not to worry. Your nearby grocery or convenience store should have at least one coffee beer lying around. If not, you can always order one online. In that regard, here’s a list of coffee beers you might want to try out.

Speedway Stout is a coffee beer product mainly due to its pitch-black appearance that comes as a result of combining chocolate, roasted malts, and a hint of toffee, caramel, and dark fruit.

As for the coffee, they use locally-roasted beans to bring out the dark chocolate flavors of the beer. And while you may assume that this intensity would lead to a thick or viscous texture, Speedway Stout is surprisingly creamy and smooth. The beverage is also known to age very well.

Victory at Sea Imperial Porter mainly consists of vanilla and the coffee beans they use in San Diego’s Caffe Calabria. For that reason, one may argue that this coffee beer is the result of Ballast Point and Caffe Calabria’s camaraderie. They mainly use cold-brewed coffee in combination with the malt of the beer to create a delicious beverage with the perfect amount of sweetness from the caramel undertones.

The Duck-Rabbit Schwarzbier coffee beer is best known for its rather misplaced ingredient—milk sugar, which, surprisingly enough, creates a balance with the beer’s dark roast coffee beans. As a result, the beer keeps a certain amount of sweetness despite having highly roasted grains that bring about its dark color. It also has a relatively low alcohol content compared to many other coffee beers.

If you like the combination of coffee and chocolate, this coffee beer is for you. The famous Breakfast Stout combines a massive amount of both chocolate and coffee. They then cave-aged the beer in barrels for around a year, thereby providing the beverage with bourbon undertones, which can be characterized as having caramel, oak, and big vanilla notes, making it the perfect beer for those with a sweet tooth.

As the name suggests, Maple Bacon Coffee Porter combines together the flavors of smoky bacon, maple syrup, and most important, coffee. You can think of it as Funky Buddha Brewery’s attempt to create a diner-style breakfast into a single glass, which, as far as reviews go, seem to be successful.

YETI Imperial Stout has a roasty malt flavor that goes very well with its other ingredients, caramel, and toffee.

Nitro Cold Brew Coffee Stout achieves a perfect balance between sweetness and bitterness with its roast coffee flavor partnered with the malty liquor. It appears as a rich creamy beer with a smooth and creamy texture. Due to its relatively low ABV, this would be the perfect choice for lightweights.

As you may have guessed, the main thing Milk Stout has going for it is the fact that it makes use of milk sugar, similar to Duck-Rabbit Schwarzbier. While such an ingredient might be a bad combination anywhere else, it works perfectly with this particular drink, especially because it keeps the dark roast coffee in check with its sweetness. Other ingredients include dark chocolate, roasted malt, and caramelized sugar.

Much like many products with the word “bomb” in the name, Praire Bomb! is a coffee beer characterized with none other than chili peppers on top of vanilla beans, chocolate, and coffee. The peppers provide the perfect amount of heat that, as unusual as it may be, goes perfectly with the intense flavors of chocolate and coffee. If you’re the type who loves hot beverages, this one’s for you.

Surly Coffee Bender takes coffee beers to the next level by combining cold press coffee into their own oatmeal brown ale. This provides the beer with a cappuccino-like creaminess that coffee lovers would most likely love. Moreover, the intense coffee flavors work well in balancing the maltiness of the oatmeal.

While it is indeed an interesting concept, it’s important to understand that coffee beer isn’t for everyone. It might be enjoyable to you, but not to your friends. Moreover, since coffee and beer tend to have vastly different tastes, it’s difficult to achieve a satisfactory result when creating one yourself. But if it does suit your tastes, just know that coffee beer goes well with smoked, roasted, and salty foods.